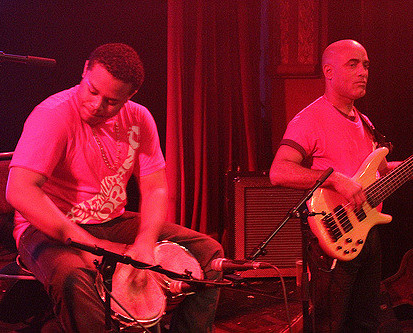 In the Dominican Republic, a cabaret is a brothel, and the brothel came to be bachata’s primary venue. Dominican guitar musicians from pre-bachata generations relate that the guitar was always the instrument most closely associated with drinking and prostitution, and indeed that is the case throughout Latin America. But perhaps in no other guitar style has the cabaret taken such a central role. While guitar music may be the music of choice for the Latin American carouser, bachateros did not willingly stake out their territory in the brothel. Rather they were driven there, sometimes by social conditions and market forces, and sometimes quite intentionally by promoters of other kinds of music. From its beginning, bachata was the preferred music in the campos. After Trujillo’s death a massive migration took place from the campo to the city, where campesinos lived in the poorest and most marginalized neighborhoods, often without water, electricity, or any kind of public amenities. The guitar, already associated with songs of desolation and despair sung by people like Felipe Rodriguez, also began to be associated with poverty, and with the supposed backwardness of the rural population. Merengue and salsa promoters took advantage of this perception, and began to refer to bachata as cachivache (something worthless, a trinket) and música de guardia (soldier’s music, the music that low ranking soldiers listened to as they drank in brothels). Between the public’s perception of it as backward and the active campaign waged against it by the merengue industry, bachata was relegated to the cabaret and became a black sheep in its own country.

Quite naturally, the music began to reflect the environment in which it was being performed. A whole generation of bachateros sing about lovers who are prostitutes, fights and jealousy over lovers, poverty and the problems of living in the worst, most dangerous barrios in the city, despair and debauchery. The bachateros of this period also sang songs of despecho, insulting a lover who has jilted them, as well as challenges and insults to other bachateros. Almost every bachatero before 1990 did some work in this style, and certainly Luis Segura can be considered in one sense a bachatero de cabaret; but the bachateros who most defined this style included Marino Pérez (Nadie me quita esa hembra) , Bolivar Peralta, Blas Durán (Equivocada) , and Mélida Rodriguez. Rodriguez gives us a rare glimpse (in bachata) into the woman’s experience in the cabaret.

It was with cabaret bachata that the genre began to consolidate, as bachateros dealt with themes that could in no way be considered appropriate for bolero. There had been boleristas who specifically dealt with the bar and the brothel, like Felipe Rodriguez and Blanca Iris Villafañe, and their music was a precursor to this phase in bachata’s history. Their music, though, had been recorded with the refinement of the bolero style, and sung in standard Spanish. The bachateros de cabaret were genius in their use of slang and street expressions to insult one another or evoke the world in which they were living. Marino Pérez, who went on to die when he vomited up his liver entirely, was particularly adept at this sort of composition, and was one of the models for a whole generation.

Musically, the bachata which came out of the cabaret was generally rough, often recorded in one take through one microphone. The aesthetic called for sentiment and sabor, flavor, rather than a polished product; this was of course due in part to the poverty of many of the musicians and producers, who couldn’t afford a second take. (There were exceptions, like the work done in the early period of bachata by Cuco Valoy, calling himself “El Pupi de Quisqueya”, which was based on bolero, extremely carefully played and recorded, and thoroughly “de cabaret”). 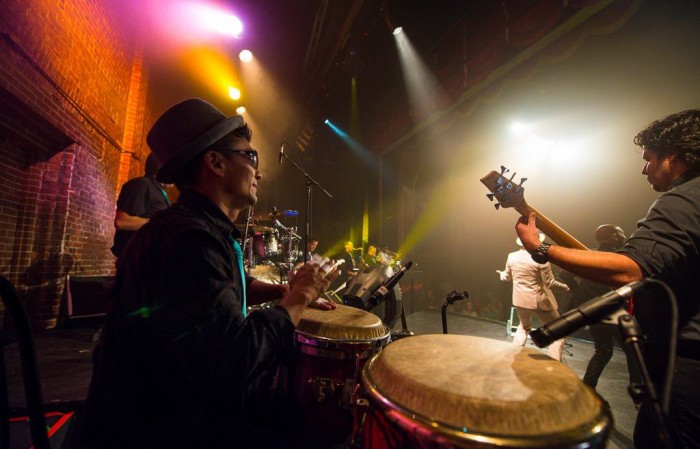 The music also became , for the most part, simpler and faster. The lead guitar was always busy and ornate, especially when it was recorded by virtuosos like Edilio Paredes or Augusto Santos (Olvida ese hombre) , but the harmonic composition of many songs consisted of two or three chords, and often they had similar structures and melodies. On the one hand, this was due to the informality of the bachata economy—many bachateros recorded one another’s songs, or recorded the same song several times, or simply changed the words to a melody which had already been successful once. The vocals were also rough, sometimes out of tune. Nevertheless, the bachata of this period is some of the most unique and remarkable music in the history of Latin America. Uncensored by record labels, ignored by the mainstream, bachateros told quite freely and openly the story of a life of poverty and marginalization.

As the seventies ended and the eighties began, bachata was becoming more and more danceable, again an innovation inspired by Edilio Paredes and other studio musicians in response to the public’s taste. A style known as the beguine, which consisted of a I-VI7-ii-V7 progression, became extremely popular in cabaret bachata around this time and continued to be for many years, even past the introduction of the electric guitar into the genre. Juan Bautista, Teodoro Reyes and to some extent Luis Vargas have continued to be cabaret bachateros in the modern era, and one can imagine that bachata, like the blues, will always remain to some extent associated with the world of drinking and prostitution.