In 1986, Blas Duran recorded the first ‘electric’ bachata, an immensely popular bachata-merengue, “Consejo a las mujeres.” The song, popularly referred to as “Mujeres hembras,” was a massive success and helped further the already growing interest in bachata across all levels of Dominican society. Duran’s pioneering use of a plugged-in electric guitar, and the particular style in which he employed it, gave “Consejo a las mujeres” a modern and danceable sound which was instantly successful and soon imitated by a rising generation of young bachateros. That sound has become the defining characteristic of modern bachata and Duran’s example remains closely followed to this day.

By the time he recorded “Consejo a las mujeres,” Durán was already a long-time veteran of the Dominican music scene. He began recording guitar music in the mid-1960s under the tutelage of his cousin, the iconic bachata guitarist and arranger Edilio Paredes. After several moderately successful recordings, Durán had his first major hit with a quaintly romantic song, “Clavelito” (1970). He became best known to bachateros, however, for his songs of desprecio--savage insults against former lovers who had done him wrong. Throughout the 1970s and early 80s, in release after release, Durán railed against treacherous women and sang the praises of drunkenness and dissipation. The most popular of these numbers featured Paredes on the lead guitar, and in turn, some of Paredes’ most widely admired arrangements include Durán songs like “Te equivocaste,” “No te quiero” and “Equivocada.”

In the 1970s bachata music was victim to a campaign of negative publicity and censorship and the venues for bachata performances became limited largely to bars and brothels (cabarets) in marginalized neighborhoods. In spite of his popularity, Durán was frustrated with the limited opportunities available to bachateros. Just two years after his success with “Clavelito,” he began exploring the then more lucrative world of orchestral merengue, joining the Orchesta Combo Candela in his hometown of Nagua. The group was moderately successful and soon Durán found himself singing lead for Anibal Bravo’s group Típica Dominicana. “La leche de la niña,” “Rosita” and “La chucuchá”—huge hits sung by Durán—established Bravo as a major merenguero. In his merengue career, Durán also recorded with other major orchestra leaders including Johnny Ventura (e.g., “Los feos”) and El Cieguito de Nagua (e.g., “La luz”). Durán never abandoned the guitar style however, and throughout his period as a merenguero he continued to prolifically record cabaret bachatas.
By the mid-1980s, bachata’s popularity had grown tremendously and began to making inroads in the Dominican national media. However, bachata was still perceived as a rude, lower class music, and its international success would not come for many years. According to Durán, it was his desire to lift bachata from its outcast status which lead him in the mid-1980s to explore innovations which would radically change the genre. To this end, he formed a group called Los Peluches de Blas Durán, with electric guitarist Jesús Martínez. Martinez added a novel dimension to the group’s musical arrangement: an electric guitar with just four strings, the fourth string being a repetition of the first. The change in guitar wasn’t only in the instrument but also in the way it was played. 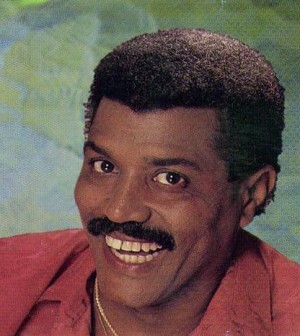 Under Duran’s direction, Martinez’s playing was sparse and repetitive, arpeggiating during the verses and breaking into picked grooves (called mambos) in the interludes. These repetitive melodic lines were well suited for dancing, as was Duran’s favoring of guitar merengues over bachata’s more traditional bolero rhythm. Further innovations of Duran’s were his substitution of guira for the traditional maracas on boleros and his use of higher quality multi-track equipment for recording – something he had been introduced to through his work with merengue orchestras. With his reconfigured conjunto, Durán produced a single whose A-side was the merengue “Consejo a las mujeres”, and whose B-side was the bachata (bolero) “La quiero un millón”.

“La quiero a millón” remains one of Durán’s best known songs, but few songs in the history of bachata have paralleled the success of “Consejo a las mujeres.” A racy double-entendre merengue, the song was reviled by the same sector of the mainstream that had previously dismissed bachata as a whole. But the shout “Mujeres hembras!”, with which Durán began the song, became ubiquitous in the streets—in colmados, cabarets, bars, and on car stereos. Durán followed the sensation with a string of popular (and equally off-color) guitar merengues; “Juanita (desbarata wachiman)”, “La joya,” “Salón de belleza,” “La arepa,” “Nicolas” and “El palito” are some of the many hits Durán recorded between 1986 and 1990. Much to the chagrin of bachata’s detractors, Blas Durán became the country’s most popular and best-selling artist. The same mainstream press that so criticized authentic bachateros like Durán have been vocal about attributing bachata’s eventual widespread acceptance to the commercial success of Juan Luis Guerra’s 1990 release, “Bachata Rosa.” They largely ignore, however, the new territory Durán had already carved out for bachata; indeed, he was the first to bring bachata to major New York City venues like Roseland, the Palladium, and Madison Square Garden. As such, Durán played prominently in the music’s internationalization - several years before Guerra’s release. There is also a much closer relationship between Durán and his contemporaries, who enthusiastically adopted his stylistic innovations in their own work, than there is between Guerra’s balad style and the music of bachata artists who came before and after him. Durán’s influence is evident in the music of both Luis Vargas and Antony Santos, bachata’s two major stars of the 1990s. They played electric guitar in a manner similar to Durán’s (though with a regular six-string guitar), and their repertoire also, much like Duran and in contrast to most bachateros before them, included nearly as many merengues as bachatas. Furthermore, both Antony Santos’ and Luis Vargas’ earliest successes were double-entendre songs (e.g., for Santos, “El behuco,” “La parcela” and “La passola”; for Vargas, “La maravilla,” “La traicionera,” and “El zapatero,” among others). Double-entendre lyrics filled with humorous sexual innuendo had always existed in bachata, but the success of Duran’s double entendres touched off a larger trend which lasted well into the 1990s.

Durán’s already marginal status as a bachatero combined with his controversial lyrics to make him the bête noire of the Dominican mainstream. But Duran’s success helped bring bachata’s popularity to a level where the mainstream media had no choice but to embrace it. Paradoxically, this new interest and acceptance lead to a change in attitude among bachata’s producers and labels. Awake now to bachata's potential international appeal, they began to experiment with a softer, more romantic style. Bachata’s rough street sound, the humor and irreverence of which had helped popularize it despite decades of media boycott, gave way in the end as the very powers which had sought to suppress bachata embraced it and made it their own. Blas Duran refused to adapt to the emerging romantic style and his popularity suffered as a consequence He continued to recorded major hits like “El conejo de la vecina” as late as 1994, but Durán’s fortunes were on the wane, and by the end of the 1990s he was no longer considered a major player in the bachata music scene.