Bachata’s modern era was ushered in by Blas Durán’s incorporation of the electric guitar into the music in 1987. The group of bachateros who followed in Durán’s footsteps—Luis Vargas, Raulín Rodriguez, Antony Santos, Juan Bautista--all had a role in defining what the music has come to sound like today. There is, however, no argument that the single most influential bachatero in establishing the modern style, as well as the most commercially successful within the Dominican Republic is Antony Santos.
Santos comes from the same region on the northern border with Haiti as Luis Vargas and Raulín Rodriguez, and they all worked with one another at various times. Santos began as the güirero in Luis Vargas’ group when Vargas was beginning to make a name for himself with doble sentido merengues that imitated both Blas Duran and Eladio Romero Santos. 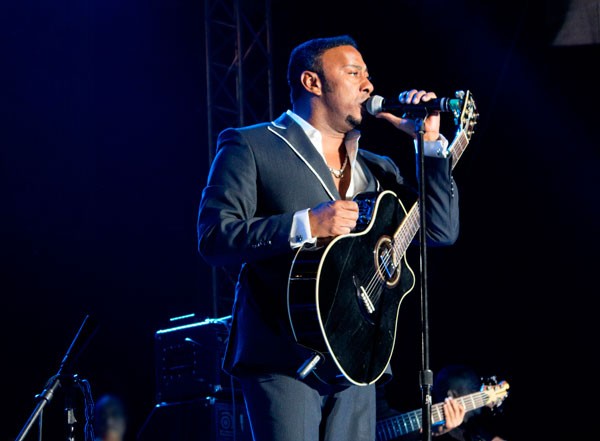 He left Vargas’ group in the wake of personal differences between the two, and recorded his first production, La chupadera, in 1991. The cassette (at that time bachata was not yet available on CDs, which at any rate would have been too expensive for the music’s traditional audience) included a number of doble sentido songs like “La parcela”, “La passola” and “El behuco”. The number that helped define the beginning of a new era in bachata, however, was “Voy pa’lla”, a strictly romantic song which became a huge hit among both traditional bachateros and the public at large. “Voy pa’lla” was one of the first significant “electric” bachatas not based on sexual double entendre, and it reached a wider audience than probably any single song ever recorded in the genre up to that time.

Antony Santos was precisely the right musician in the right place at the right time during bachata’s history. While it was the bachata “Voy pa’lla” that originally made him famous, Santos had as much success with the merengues on his recordings as the bachatas. This heavy emphasis on merengue was instrumental in allowing bachata to reach a larger audience, because many Dominicans, still unwilling to let go of the traditional stigma against bachata, didn’t know how to dance it. Santos’ merengues were accessible to the Dominican public at large, and some of his biggest hits have been merengues.

While modern bachata does not begin with Santos, the innovations which he and his group introduced into the genre have been extremely important in defining its current form. Previously, lead guitarists like Edilio Paredes and Augusto Santos played upward with their fingers in a florid, melodic style; even Jesús Martinez, Blas Duran's pioneering lead guitarist, used his fingers to play although in a simpler fashion. Antony Santos, followed the lead of his mentor Luis Vargas and Eladio Romero Santos in playing the strings downward, with a thumb pick. The resulting style was simpler and more rhythmic, and has given bachata an instantly recognizable sound when compared with other kinds of Latin guitar music. Meanwhile, the bachata which Santos was recording began to reflect, more and more, the influence of his merengues. His bongo player played the instrument with two sticks, rather than with his hands, and many of the breaks had a merengue feel. In addition, the group developed a mambo section in which the güira plays a pattern typical of merengue and the bass plays a pattern derived from the cha-cha-cha section of traditional bolero. In the merengues themselves, the traditional tambora rhythm was replaced by a simplified version of “caballito”, the rhythm made popular by merengue orquestas like Los Hermanos Rosarios.

As the decade of the 1990s went on, Santos was consistently successful with both his bachatas and his merengues, and the rhythmic patterns which his group developed for the different sections of the song came to be the standard for the genre. And while other bachateros came and went, Santos continued to thrive, eclipsing his rival and former mentor, Luis Vargas, among others. So many of Santos’ songs have become classics of modern bachata that a list of them would read like a list of virtually everything he recorded during the 1990s. Some of his most significant songs during this period have been his merengues “El perrito”; “Me voy a morir”: “Dejame entrar”; “La batalla”, and “Quililín quililán”. Among the many landmark bachatas which Santos recorded during the 1990s are “Corazón culpable”, “Quien te engañó”, “Consejo de padre”, “Durmiendo solo” and “Pegame tu vicio”.

In 2001’s El balazo, Santos began to experiment again by incorporating an electric keyboard into his merengues, a subtle innovation which did not significantly alter the music. In the following recording, Juego de amor, he included saxophones and turned the keyboard up in the mix. The new sound did not receive ringing endorsements from bachata’s traditional audience; by this time other bachateros had drastically reduced the number of merengues they were recording as bachata itself grew in popularity by leaps and bounds, so fans of merengue de cuerda had only Santos to depend on. His incorporation of saxophones and piano seem to have hurt the popularity of his most recent recordings, although the bachatas on them, including “La jaula de oro” and “Ay, ay, ay” (recorded live), have been well received 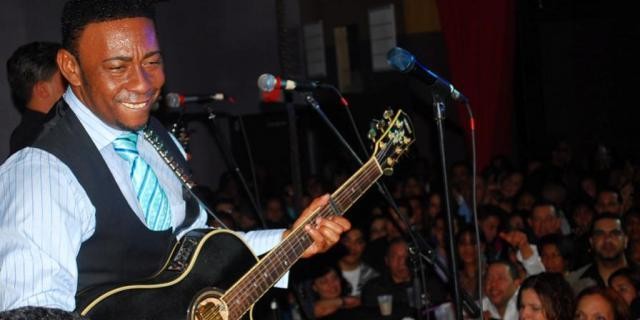 At this point Antony Santos is the elder statesman of bachata. To many young bachateros, unfamiliar with Blas Duran, Santos’ music is where modern bachata begins. The fact that he is still active and successful helps to cement his importance in the minds of today’s bachata audience. While Santos was not in fact responsible for the innovations that lead to bachata’s modernization, for which credit is due to Durán and his lead guitarist, Jesús Martinez, he is unquestionably the most important figure in establishing the norms of the modern style. Santos’ popularity, as well, remains as large as his influence. He continues to record hits, and on visits to New York to perform at Madison Square Gardens.

As a Somali, I don't speak Spanish but I listen to Antony Santos's music, and cherish him as one of the music greats! #AntonySantosFOREVER
#KingOfBachata