A new chapter in the history of bachata began in 1987 when Blas Duran introduced modern stylistic innovations like the electric guitar and multi-track recording. Luis Vargas was the first of a group of bachateros, all from the Northern Dominican frontier with Haiti, who followed Durán’s lead to take advantage of the commercial viability brought to bachata by the new, more modern sound.

Before Vargas, the frontier, or “la linea”, had not been known for producing noted guitar musicians1. Duran is from Nagua, a resort town north of San Francisco de Macoris, and many of the important bachateros of the acoustic requinto era were from the campos around San Francisco or Nagua. La linea, however, had been the province of merengue tipico, traditional merengue played with guira, tambora and accordion. It is significant that bachateros from the frontier, like Vargas and his great rival, Antony Santos, became popular when merengue played on the guitar was in the ascendant after Durán’s bachata-merengue hit: “Consejo a las mujeres”. 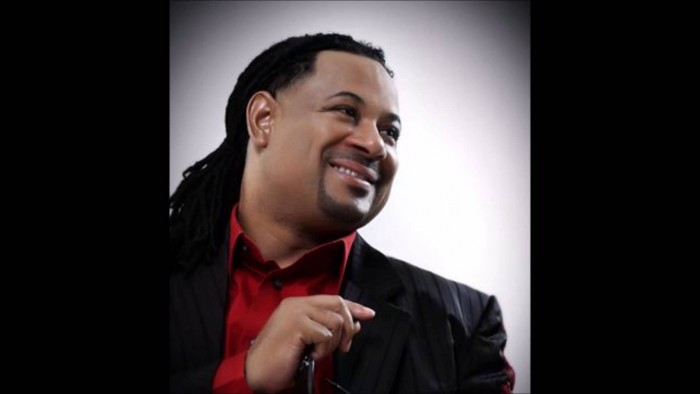 While Vargas’ music is the product of several different influences, his early career cannot be separated from that of Blas Durán. Like Durán, Vargas’s recordings from the late 1980s contain more merengues de guitarra than bachata proper, and the lyrics are invariably sexual double-entendres (doble sentido). The guitar introductions on early Luis Vargas songs like “El zapatero” and “La maravilla” are clearly inspired by the introductions of Blas Duran’s guitarist Jesus Martinez. Vargas’ style comes from a variety of sources, however, and he had clearly learned much from the guitar merengues of Eladio Romero Santos, always popular in the Dominican countryside.

Vargas began recording bachata as early as 1982, singing in a sobbing baritone style which echoed both that of Luis Segura and that of his predecessor on the frontier, Victor Estevez. It was not until the late 1980s, however, that Vargas gained widespread popularity with his new style of merengue de guitarra, which was neither orchestra based, like Durán’s, nor as rustic as Romero Santos’. It was also with these first merengues that he made his real impact on bachata. Numbers like “El machetazo” from 1988’s “El tomate” helped to begin a revolution in the genre. Vargas gained his first large-scale commercial success with his album “La maravilla”, released in 1989. The album’s hit number was a bachata called “La traicionera”, which switched back and forth between bachata and merengue, while delivering some of the bawdiest lyrics ever heard in the genre.

In Luis Vargas’ early bachatas, like “La traicionera” and “Esa mujer”, we begin to hear the merengue influenced characteristics of the frontier bachateros which would so impact modern bachata. The bongo began to be played with sticks rather than hands, and in rhythms with characteristics borrowed from merengue. The lead guitar, also, played merengue figures over the bolero rhythm of the music. The sobbing baritone vocal style of Vargas and other frontier bachateros also came to characterize the genre.

In 1990, Antony Santos left Vargas’ group, where he played guira, to form his own, and for personal and professional reasons the two became bitter rivals. Real though it was, Vargas was quick to exploit the rivalry for commercial reasons. While Santos, on his way to undisputed commercial supremacy, was generally content to ignore Vargas, most of Vargas’ recordings began to include at least one song which poked fun at his rival. One of these, “El envidioso”, became a major hit. At the same time, Vargas was curbing his use of “doble sentido”, sexual double entendre. Santos and another frontier bachatero, Raulin Rodriguez, first demonstrated the enormous commercial potential of the modern electric style when coupled with lyrics which were romantic rather than bawdy. Luis Vargas soon followed their example - parting company with Blas Durán, who continued to record doble sentido. Vargas’ greatest commercial success came from the romantic, although certainly rough-and-tumble, bachata, “Loco de amor”, in 1992.

In the same recording as “Loco de amor”, Vargas remade a Colombian vallenato, “Cenizas frias”, and he repeated this formula several years later with “Volvió el dolor” (1997), a song which came to be, along with “Loco de amor”, his anthem. The success of “El dolor” inspired other bachateros to look to Colombia for material. An entire generation has followed in Vargas’ footsteps, with Monchy y Alexandra and their guitarist, Martires de Leon, leading the way in adapting vallenatos to the bachata format.

Vargas’ star has dimmed since “Volvió el dolor”. Although he is certainly one of the pioneers of modern bachata, Vargas has not shown the same talent as his great rival, Antony Santos, for adapting to the changes the genre has undergone. While his recent recordings have had some success with his already established audience, he is no longer considered, as he was for many years, one of bachata’s premier acts. He continues to perform in the Dominican Republic and New York City, and to record new material; but he is generally known for past hits like “El dolor” and “Loco de amor”.

1. Notable exceptions are Julio Angel, the author of “El Salon”, who is a native of Santiago, Rodriguez, and Victor Estevez, of Castañuelas.