Bachata Haiti highlights the relationship between Bachata, an emblem of Dominican identity, and Haitian migrants that over generations have contributed to the genre.

Bachata is a guitar-based music from the Dominican Republic. It is hugely popular in the barrios but frowned upon by polite society. Censorship in the Dominican media has contributed to Bachata’s isolation, but in recent years, the international success of pop bachateros like Romeo Santos has opened doors for more traditional artists.

Despite tense relations between the countries, Haitian immigrants to the Dominican Republic have played an important role in Bachata’s development and are among its most ardent fans. Some Haitian-Dominican bachateros, most notable Felix Cumbe, have asserted their Haitian identity, celebrating it as part of their image. But most, for fear of persecution, have been careful to avoid any direct association with Haiti; all the while cultivating a following among both Haitians and Dominicans in the slums and plantations that dot the Dominican side of Hispaniola.

Though Creole is the mother tongue of a number of popular bachata artists, and of many of their fans, a Creole language bachata has never been released until now. Sung in Creole and Spanish, Bachata Haiti joins bachata guitar maestro Joan Soriano with a roster of Haitian-Dominican artists, including Felix Cumbe, Franklin Medina "El Zorro Negro", Toni Tomas, Hector Ventura "El Gabilan", Tony Sugar [Los Diplomaticos de Haiti], and Willy Sánchez. 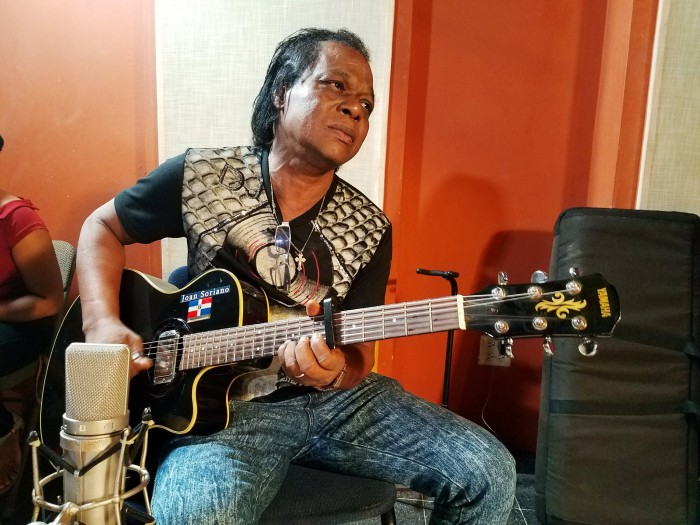 Cumbe migrated from Haiti to the Dominican Republic as a teenager in the 1974. There he encountered merenguero Fernandito Villalona. The two formed a partnership with Cumbe writing many of Villalona’s hit songs of the 1980s, and Villalona helping Cumbe to launch a solo career.

In the early 1990s, as big band merengue was knocked off its pedestal by the new electric bachata, Cumbe partnered with guitarist Joan Soriano to engineer a transformation from merenguero to bachatero. The two recorded a series of hits that secured Cumbe’s future as a leading bachatero, and darling of the Dominican-Haitian community.

Over the course of a 40 year career, Cumbe has composed dozens of hit merengues, kompas, bachatas, and even rara. Although his bachata and merengue songs have all been in Spanish, Cumbe composes his songs first in Creole, and then translates them. The Haitian influence is unmistakable in his bachatas, giving them a flavor that is uniquely his. 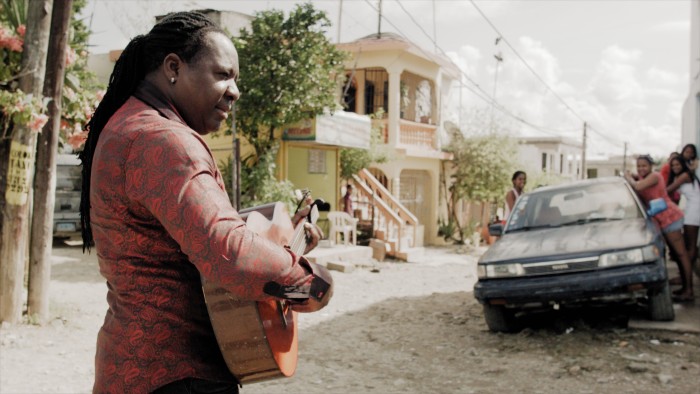 After Cumbe, el Zorro is the most popular bachatero among the DR’s Haitian diaspora. And as with Cumbe, El Zorro launched his career by recording an album with Joan Soriano. Until now, Zorro has only recorded in Spanish. But for Bachata Haiti, he has composed for the first time in Creole with “Tounen nan vim”, “Come back to me”. He has also paid homage to a favorite composer of his youth with bachata interpretations of Haitian kompa spirituals “Ti puchon”, and “Necessite”, composed by Haitian legend Jean Similian.

Tony Sugar made his name in the 1970s as one of the founding members of Los Diplomaticos de Haiti, who were the first to introduced big band Kompa to Dominican audiences. The relationship between kompa and Dominican merengue is hotly debated, with opposing views of which gave rise to the other. Tony wrote Joan Soriano’s hit “Tu me estas matando”. On this album he interprets his own Creole composition, Kriye Kriye (cry cry). His laid back Spanish language son, “Si un amor se va” is Joan Soriano’s cameo on this album as lead vocalist. 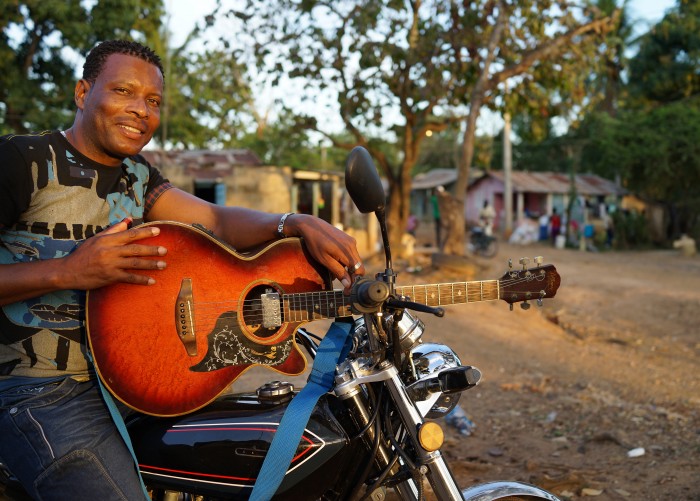 Another disciple of Joan Soriano’s, Toni has composed a number of Spanish language bachatas, but for this project for the first time composed two songs in Creole. The pre-released single “Cheri amou” has become a hit in both Haiti and the Dominican Republic. While the song has stirred controversy as the first Creole bachata in circulation, its popularity among Dominicans is proof that music can unite.

Another Haitain composer in Joan’s entourage, this album marks Sanchez’ debut with a haunting homage to a femme fatale, Marie Therese.

Hector spent his youth in the Dominican sugar cane fields. It’s a back breaking work all too familiar to many Haitian migrants. Later he moved to Villa Mella, where he sells cane juice and fruit from a street cart. He and Joan Soriano shared a house (and out-house) for many years. As he worked, he composed. His fast tempo, dramatic singing follows the tradition of Robin Cariño, a Haitian Dominican bachatero popular in the 1980s. It was Cariño who launched Joan Soriano’s career as a studio guitarist.