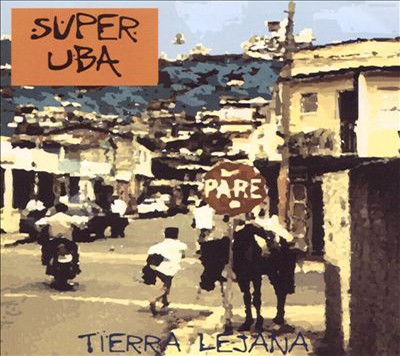 Super Uba's album, Tierra Lejana, is a tribute to the classic acoustic guitar style of the Dominican Republic. The album was recorded live and mixed minimally - to give a more raw, natural, and musical sound.

The Dominican Republic is home to an extraordinarily rich musical culture which is still relatively unknow to outsiders. The island's guitar music, merengue, bachata and son, are quite different from the commercial orchestral merengue and salsa which most listeners have been exposed to. Uba's style of music has its roots in the Dominican countryside; during the 1960s and 1970s it matured in the streets and barrios of Santo Domingo and Santiago.

On this release, Ubaldo "Super Uba" Cabrerra's singing is complemented by the virtuoro guitar playing of longime friend, Edilio Paredes.

Whether he is sining bachata, bolero, son or merengue, Uba captures you, bringing you for a moment into his world of rhythm and color. The rich tonal quality of his voice - now playful, now forlorn- is a rare gem in the monolithic world of today's pop vocal music.